If you are a fan of Steampunk RPG’s and a fan or Western style RPG’s, then this is the game for you.  Westward is set in a Dystopian future on a planet where mankind crash-landed 343 years ago because the colony ship they were on lost control while they were searching for a new planet to colonize.
So to survive, they found their first city, Capital City, and search for resources to survive.  They develop technology called Steamtech so they can survive in this barren inhospitable planet.
If that hasn’t got you stoked about playing this, then something is wrong with you…
Now on to the meat of this review, as I was sent this copy by one of the founders and designers +Brett M. Pisinski , after I made a comment on G+ about one of the games I would want to buy was Westward, he sent me  a copy in the mail.  Since he was nice enough to do that, I thought I would give my review of the game for all to read.
First I am going to say a few things about the artwork and layout of the book, I have to say that the artists they got to provide the art for the interior and the cover are some of the most talented artists I have seen.  The cover art by +Tyler Walpole is amazing and I wish I had it for my wall or my phone’s background.
As I go through the book, I am astounded at the art by such artists as +Gennifer Bone , +Corey DeVore , +Khairul Hisham , +Mike Vilardi , and a host of others, just bring the world of Westward to life.
Now the overall layout if the book is very reader-friendly, from the little designs on the page corners, to the hand written flavor text written in old west style scrawl on most of the pages as if a long time resident were giving “real” advice on living in Westward.  It adds comical flavor to the rules, so it does not feel like reading rules at all.
If I had to nit pick at all about the layout, then it would have to be the actual size of the book.  I’ve become spoiled at the “Explorer’s Edition” size of some of the RPG’s that I have picked up recently.  They are smaller (6.5″ x 9″) which means they don’t take up much space in a backpack or at the game table, and you can sit on the bus/train and read it comfortably.
All in all, I would have to give the layout an A-
Next time I will go over the meat and potatoes of the book, which are the rules of character creation, dice mechanics, adventure design, and flavor (the known world and technology).
Same frog time, same frog channel.  (more on this later…) 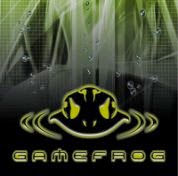 Musings from the mind of an old gamer at heart

The random musings of a 1973 Original
Dirty Sci-Fi Buddha

Musings and books from a grunty overthinker

The on-line home for Cats of Mystery and Adventure