Next let’s look at the meat and potatoes (yum-o!) of the book, or the actual rules.  Westward uses a variation of the OpenD6 system, called Cineme6.  It was developed by the guys at Wicked North Games as another flavor of the OpenD6 system. which was popularized by West End Games in their popular game based on the Star Wars movie franchise.  Cinema 6 is a method for players to immerse themselves in the action and adventure like they see on movies and TV.
I am going to start with the Character section.  First you have to think about your character’s trade which boils down to their job on Westward.  Each one comes with it’s own description of what the trade entails.  I found myself looking at these and thinking that maybe one or two of them could be combined to reduce the size of the list. For example: Evangelist and Silk could be merged into one trade since they do close to the same thing.
You then have to look at the different factions that occupy Westward.  I say factions because there are no separate races on Westward, just different types of factions.  You have the Colonials-those who choose to live beyond the main city (Capital City), the Gentiles-those who live within the Capital City, because they know that going outside of the city is dangerous.  You have the Settlers, who go out into the badlands to make a go of it.  Next you have the Scavengers and the Ferals, who both live either on the fringes of society or well outside society where the strong survive.  Lastly you have the Misanthropes-those humans who look normal, but underneath their skin, they possess mutations that place them outside of normal Humans.  This section spoke to me as the most intriguing, because it gave me a little insight as to what you may have to deal with on Westward.  Especially the Colonials and Settlers, who to me seem more like the homesteaders of the Old West, braving the wilds to eke out a living and raising a family.
After choosing your trade and faction, next is gender, age, height, and weight. The next thing you choose is your dominant hand which I wondered why at first, then I read further and as I understand it, since C6 is thematic and flowing, defining your dominant hand will affect your gameplay as well as the pace of the game during stressful situations.  As in OpenD6, you get 10D to spread amongst your 5 attributes.  If you have any attributes with 3D in them then it is considered an average score.  Next you have your derived stats.  I am not so sure about derived stats, I see how they make the game more effective, but I still have some issues with them.  Your derived stats are HP (STR x3), Initiative (Equal to your DEX score), Move (STR + 3), and Vitality (Equal to your STR score).  Players get 7D to spread out among their character’s skills.  As in OpenD6, each skill inherits the score of the parent attribute.  When you add 1D to the skill, then the skill goes up by that 1D (STR is at 4D, you have the skill JUMP which is at 4D since it’s parent is STR.  You spend 1D on the skill, the skill now sits at 5D).  Now the kicker is that you can only have a maximum of 12D in any one skill-you get 6D from the parent, plus 6D worth of training.
One of the things that I am excited about with Westward is the Features section. Features are a way to make characters more distinctive, and for each player to have “their own special snowflake” character.  The types of Features are Creation Only, Conditional, General, Dramatic, and Party.  They have further defined Features with Limitations because some Features come in multiple versions.  Example: Coerce has three levels ( 1, 2, and 3 with their associated costs).  When buying a Feature that has different levels, you may only purchase it one time, so if you buy Coerce at level 1, then you can’t buy levels 2 or 3.
In my opinion, one of the best aspects is that you can make custom Features for whatever your campaign calls for and what you as the GM will allow.  The section on making the Features is short, but information packed, giving concise directions on the steps to create new Features.
After you have finished creating your character, I suggest you read the next couple of sections thoroughly.  They give you a history of Westward from the crash of the Chrysalis, to current day.  After that is the section on the people of Westward, basically a description of the different trades available to play in Westward, along with some of the more notable characters of Westward.  Now the creatures section has some of the most amazing and scary creatures in them.  One wonders what the guys at WNG were thinking, or more importantly, drinking when coming up with some of these creatures. (just take a look at the Sludge and you will see what I am talking about…brrr.)  Now the next section inspires me as they go into description of the Technology of Westward.  From normal equipment, armor, weapons, replacement body parts, to vehicles.  You have every type of technological wonder that steam power can produce.  The final section gives us insight into running prewritten adventures, or creating your own adventure to run your players through.  Reading through this section, it gives great insight into crafting steampunk western adventures.  If you take what is written to heart, you can apply those same principles to whatever genre you want to run.  I would pull out that section, make a couple of revisions, then put out a GM’s guide to crafting adventures for the OpenD6 or Cinema 6 system.

What score do I give the guys at WNG for putting out this incredible game?  Well let’s be honest…I give the game Westward: a Steampunk Western RPG…A++ 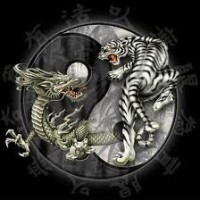 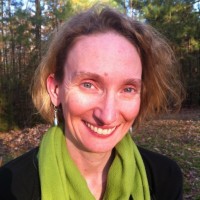 The random musings of a 1973 Original
Dirty Sci-Fi Buddha

Musings and books from a grunty overthinker

The on-line home for Cats of Mystery and Adventure

Life, the Universe, and Everything

The lucid ramblings of an addled mind.